The politicians' stirring phrases are meant to keep our eyes
averted from the reality of war -- to make us imagine heroic
young men marching in parades, winning glorious battles, and
bringing peace and democracy to the world.

But war is something quite different from that.

It is your children or your grandchildren dying before they're
even fully adults, or being maimed or mentally scarred for life.
It is your brothers and sisters being taught to kill other people
-- and to hate people who are just like themselves and who don't
want to kill anyone either. It is your children seeing their
buddies' limbs blown off their bodies.

It is hundreds of thousands of human beings dying years before
their time. It is millions of people separated forever from the
ones they loved.

It is the destruction of homes for which people worked for decades.
It is the end of careers that meant as much to others as your
career means to you.

It is the imposition of heavy taxes on you and on other Americans
and on people in other countries -- taxes that remain long after
the war is over. It is the suppression of free speech and the
jailing of people who criticize the government.

It is the imposition of slavery by forcing young men to serve in
the military.

It is goading the public to hate foreign people and races --
whether Arabs or Japanese or Cubans. It is numbing our sensibilities
to cruelties inflicted on foreigners.

It is cheering at the news of foreign pilots killed in their
planes, of young men blown to bits while trapped inside tanks,
of sailors drowned at sea.

Other tragedies inevitably trail in the wake of war. Politicians
lie even more than usual. Secrecy and cover-ups become the rule
rather than the exception. The press become even less reliable.

War is the worst obscenity government can inflict upon its subjects.
It makes every other political crime -- corruption, bribery,
favoritism, vote-buying, graft, dishonesty -- seem petty. 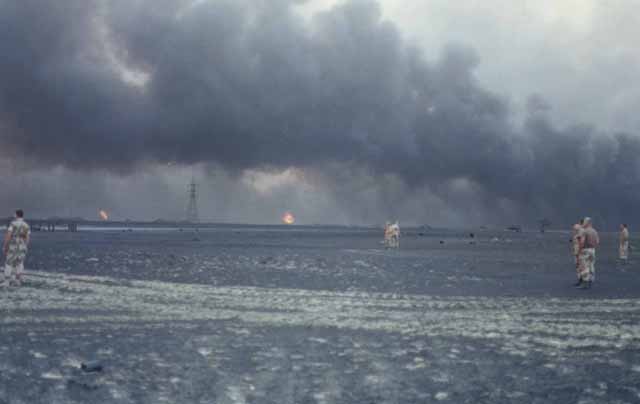 If government has a role to play in foreign affairs, it "isn't"
to win wars, to assure that the right people run foreign countries,
to protect innocent foreigners from guilty aggressors, or to make
the world safe for democracy -- or even a safer place at all.

If government has a role, it can be only to _keep us out of wars_
-- to make sure no one will ever attack us, to make certain you
can live your life in peace, to assure you the freedom to ignore
who is right and who is wrong in foreign conflicts.

The only reason for military power is to discourage attackers,
and -- if they come anyway -- to repel them at our borders. Such
things as stationing troops in far-off lands, meddling in foreign
disputes, and sending our children to foreign countries as
"peacekeepers" only encourage war.

To make America safer and to assure that we stay at peace, we
don't need to put more weapons in the hands of government
employees, or to reform military purchasing methods, or to make
more treaties with other governments, or to increase the military
budget.

In fact, we need just the opposite of these things. We need to
make it as hard as possible for politicians to involve us in war.
And we need to create a defense system that relies as little as
possible on the normal workings of government.

Harry Browne has twice run for President of the United States in 1996 and 2000 as the candidate for the political party which believes in liberty, prosperity, peace and individual responsibility.

He is the author of Why Government Doesn't Work.