In 1996 then Lt. Governor Gray Davis  was an ambitious man. He had his eye on the Governor’s chair and as part of his effort to make himself better known, he ‘raised the flag’ on the emotionally compelling but intellectually bankrupt issue of flag burning. Gray Davis unsuccessfully sponsored a bill to make it a crime to 'desecrate'  the flag. I was invited by the Roseville Press-Tribune to write the response to the Lt. Governor’s Editorial which had run a few days earlier.  In Gray Davis' editorial he said, "In all my time in Vietnam, I never met a soldier who said he was fighting for our right to burn the flag." 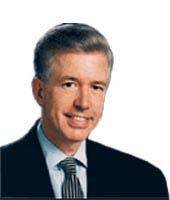 In response to our Lt. Governor's guest column (U.S. Flag deserves protective law), let me immediately introduce myself as that other soldier he never met! Yes, I put my life on the line to protect any citizen's right to burn their American Flag. And I love my country. A flag is the symbol of a country. It is not the country. I agree that flag-burning can be offensive. But flags are also private property. I oppose our government making laws which convert my personal & private property into property "in common." Recall that state ownership of all private property is called communism, and much of the rest of our world has recently abandoned this failed economic doctrine. The arrogant assumption by the state that my flag is suddenly their flag is more alarming to me than a fellow citizen burning his own flag.

Americans, and American politicians in particular, seem to have lost all understanding of freedom. We began as a "republic" where everyone's rights were guaranteed by our constitution. Rights were guaranteed against curtailment even if by courts, legislatures, or "democratic" voting. Today, all elected officials still take an oath of office to "protect, uphold, and defend the constitution." All too often, though, they sell their votes to curtail freedoms in wholesale fashion without regard to their oaths, flagrantly abridging liberty. Now, rather than knowing we're a republic, we think we're a  "democracy" where a simple [minded] majority can & does vote away rights of all citizens. A superb example is our motorcycle & bicycle helmet laws. Our misguided governor, Pete Wilson, sold his signature for fees called "donations" from PACS funded by helmet manufacturers. Now neither motorcyclists nor even parents of minor bicyclists have any freedom to decide how they or their children may ride. This is NOT the kind of "freedom" this fellow veteran fought for!

Freedom is not one faction trying to force another faction to live or behave in a particular way. Yet, this is the sad agenda of American politicians. Hence, our statesmen, our public servants, have made themselves nothing more than elected prostitutes, selling their wares (and our freedoms) to the highest bidder.

Mr. Davis asserts he fought to defend or extend "liberty" but it is evident he really wants to limit it. He, just like Bill Clinton, wants to control my behavior. However, in a free republic, my behavior is none of government's business, unless and until my behavior deprives another of a right. If Mr. Davis chooses to become indignant that I dispose of a flag in a way he wishes I wouldn't, that remains his right. In so doing however, I have not deprived him of any rights. In fact, I champion him to do whatever he would like with his flag--including riding a motorcycle with a flag rolled into and worn as a patriotic bandana, instead of an ugly and often dangerous helmet. While I commend his obvious commitment to country and government, I think the true meaning of liberty is lost on this man of law and ambition. His commitment seems more to endlessly extend government and it's laws which invariably curtail our personal liberties and extend the power of his office. With due respect, I would much rather his office and all it's laws were scaled back than people's rights to use and dispose of their own personal property as they choose.

What about the right to protest the U.S.? Our government is hardly inviolate--this is the government which has butchered people throughout the world via our CIA and NSA and various white-washed "United Nations" brutality. This is the government which poisoned it's citizens without their knowledge with radiation testing. This is the government which incinerated 80 innocent church members in Waco, TX, and would allow no independent observers to see their terrorism as they moved in with tanks on a church. Then they bulldozed the site within 48 hours to destroy all evidence of their misdeeds. And while the good book says "God loves a cheerful giver," your IRS couldn't care less. Fail to pay for your government's frequently misguided agendas and you will be sent to prison! Disagree with their global imperialism & terrorism, or disenfranchising millions from life itself through welfare (paying people not to work) and you will become a political prisoner. Do people have good reason to protest their government? I think so. And, as much as I love my country, yes, I fear my government, and certainly as a lover and defender of freedom, I retain the right to protest it. In fact, if you love or prefer freedom, you probably already do protest our government, or some of it's actions.

Did you know Pete Wilson has already sent a political prisoner to jail for not wearing a helmet? Yes, right here in California---not the former Soviet Union! The Orange County Register reported in 1995 that California's only growth industry is prisons! Today about 2.7 times as many people per thousand are incarcerated in California than were sent to Siberia during the height of the Gulag Archipelago! Most of the incarcerated are there because of abridgment of freedoms granted by our constitution, not because they deprived another of his/her rights. No doubt the Lt. Governor must be proud of all the new prisons coming on line. And, yes, he must have a burning desire to fill all the beds--we're doubling capacity this decade. Mr. Davis' desire to codify more illegal behaviors is his way of filling beds....and is roughly akin to (but not as comforting as) Tom Bodett saying, "And we'll leave the light on for you." So while it must be tempting to continue the insanity of nationwide self-destruction through passing ever more laws to restrict ever more freedoms, to imprison ever more citizens--Let's JUST SAY NO! And return to our heritage…And live free.

Mr. Blackburn is a single parent, business analyst, and former Latin-American covert intelligence operations specialist. A native of California, he has traveled and lived overseas. Fluent in Spanish, he received combat pay for 3 years during the Vietnam War Era.